The Union Bluff Hotel, originally called the Union Bluff House, was built in 1868 by Moses French, after an explosion of tourism following the Civil War led to the community now known as York Beach.

It was a time of renewed prosperity and improved transportation, which changed people's vacation habits. They were eager to travel and get away. The rugged beauty of York Beach's Union Bluffs and the sea air of the Atlantic drew people by stagecoach, horse drawn carriage and eventually by steam train and electric trolley. During the summer, guests would arrive with their trunks packed for a month long stay. 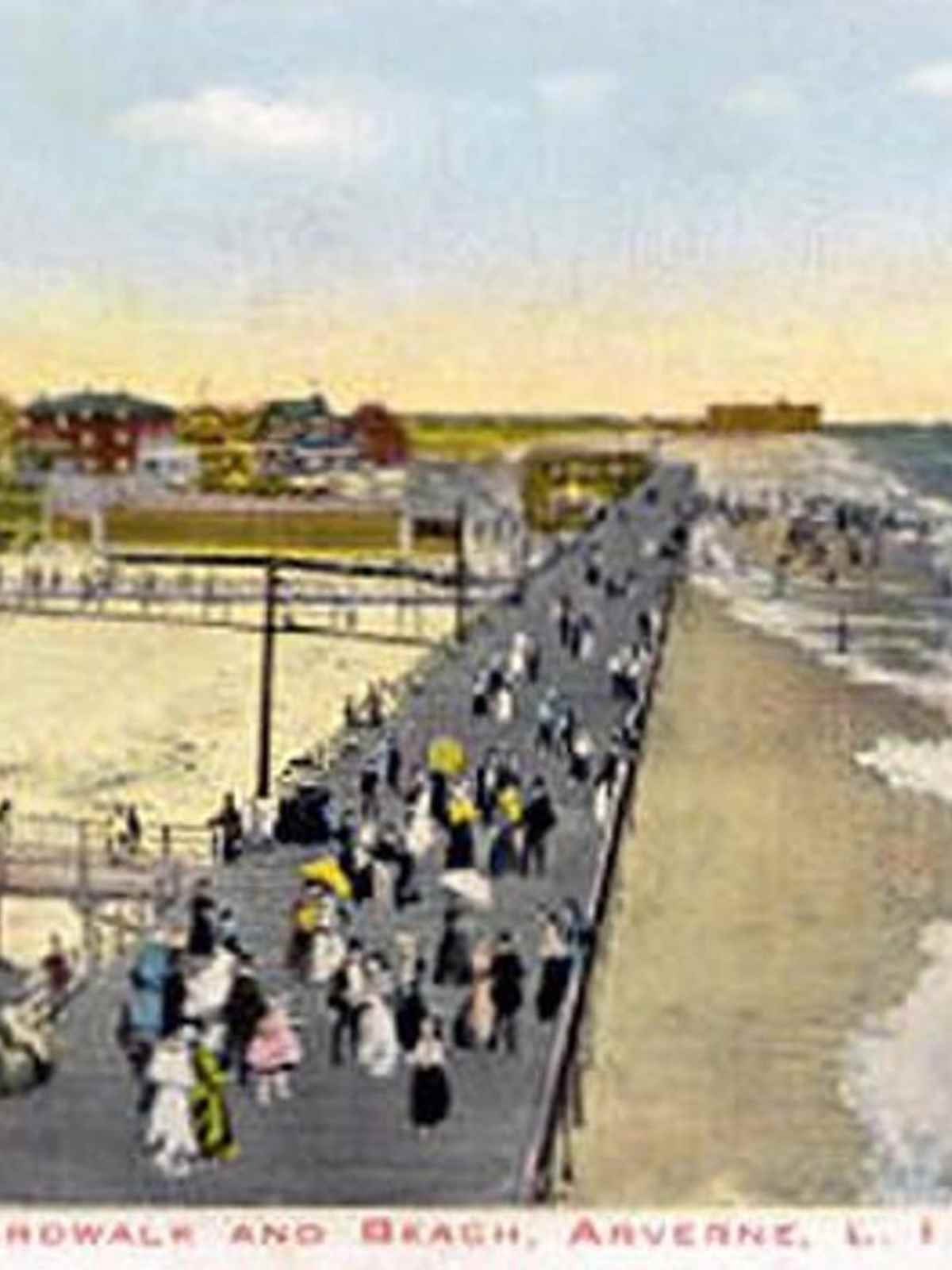 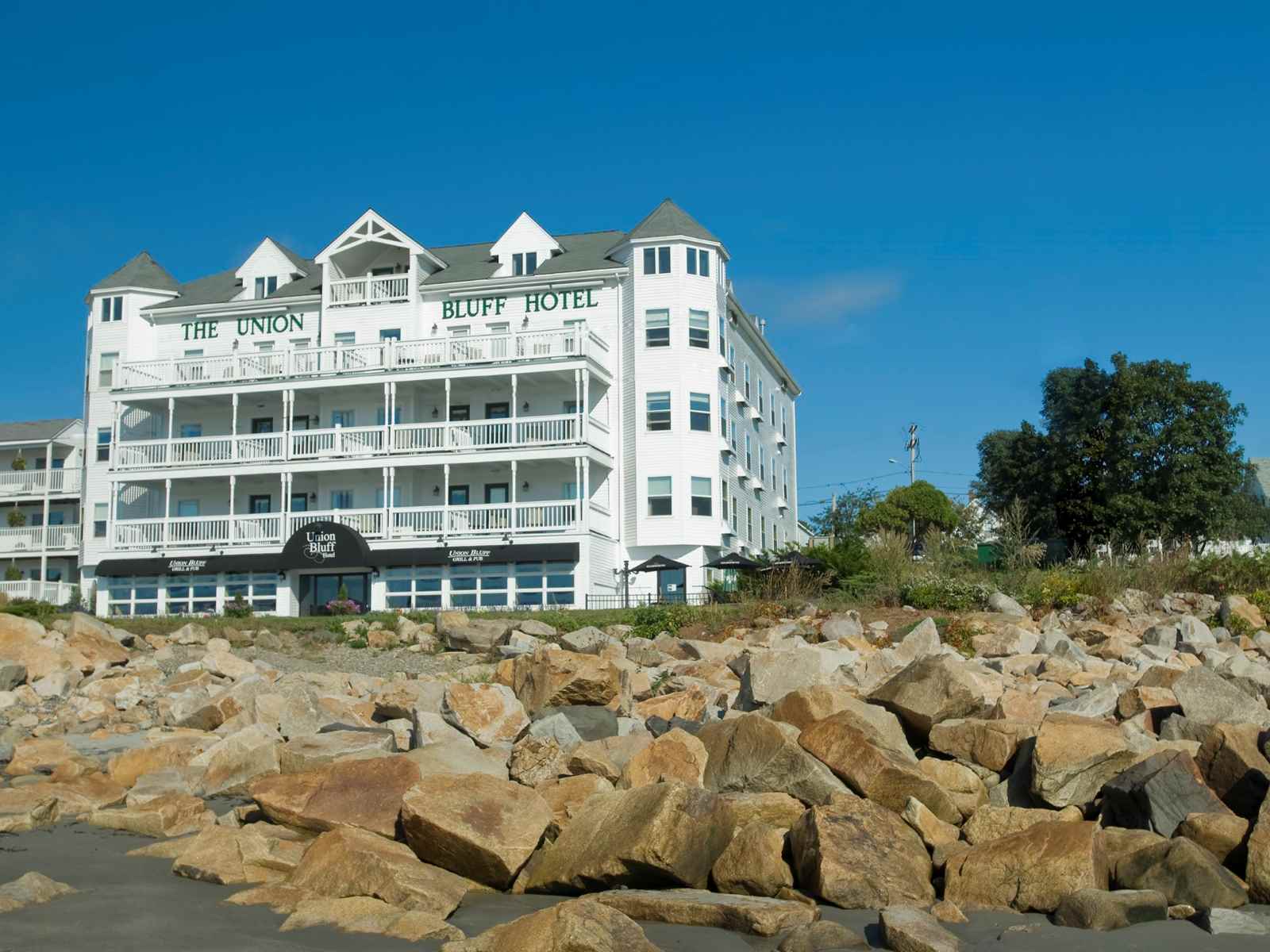 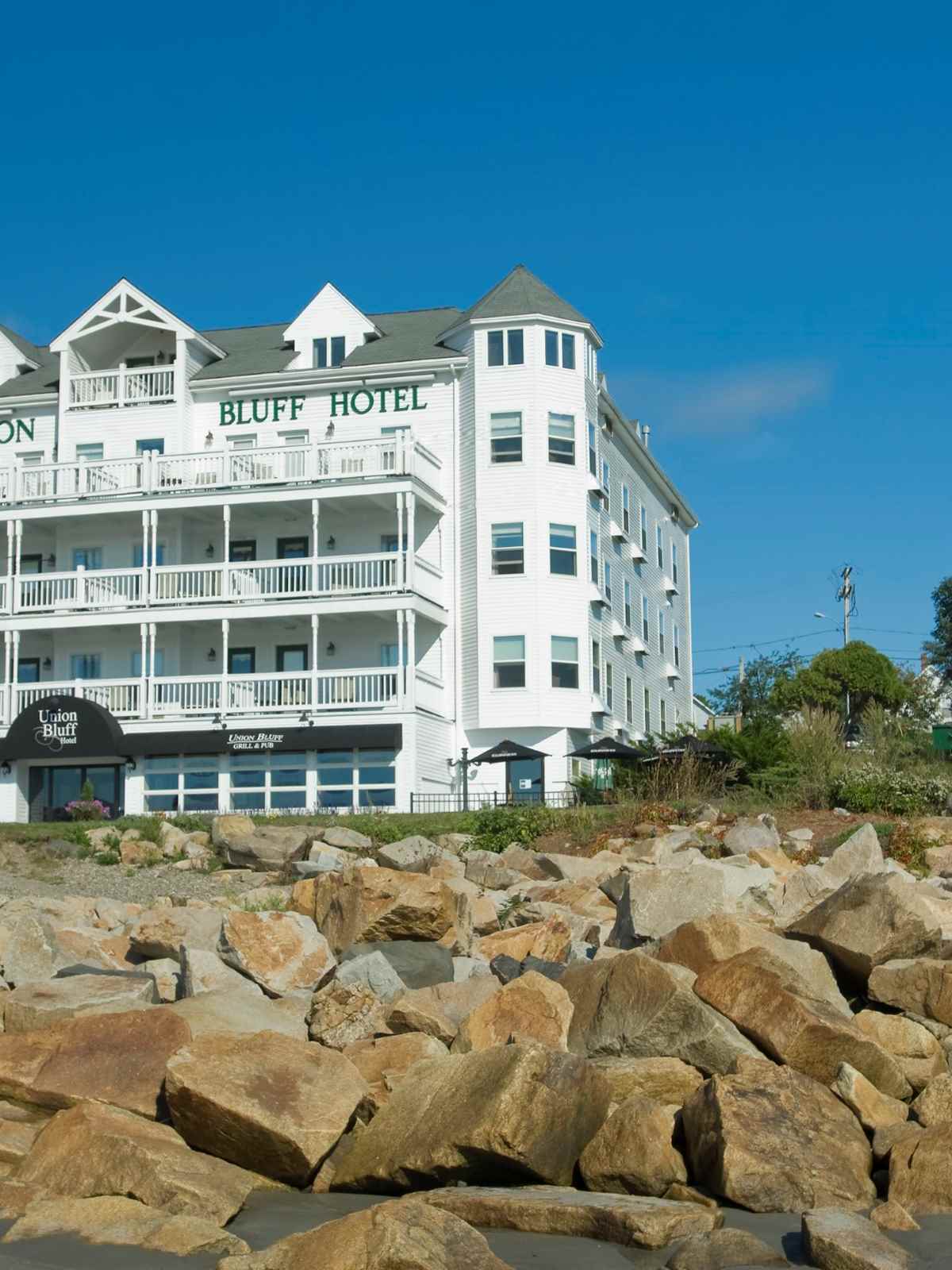 While changing names and owners over the years, The Hotel basically remained the same with only a change in appearance in the early 1900's when a second tower was added to the end of the Hotel and the central peaked dormer was replaced with a square tower.

One of the last old wooden structures in York Beach, the original building was destroyed by fire in 1987, but rebuilt two years later. Today, the "new" Union Bluff Hotel boasts the same splendor and personal service that made it a family favorite for generations, only now it includes a host of modern day conveniences and amenities that are sure to keep it a Maine stay for generations to come.